This update resolves issues that were found in Exchange Server 2007 Service Pack 3 since the software was released. 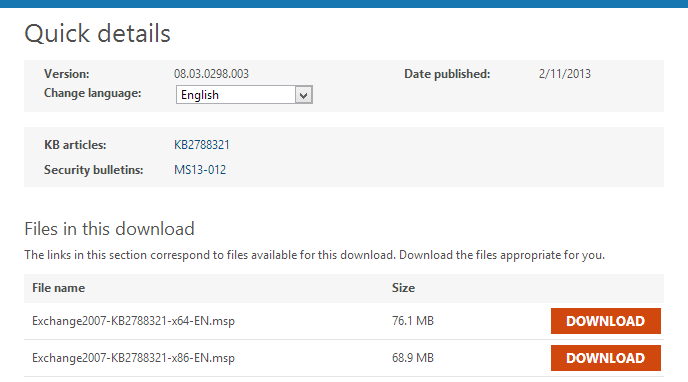 This is a cumulative rollup as always so you don’t need to install previous versions.

List of all build numbers of Microsoft Exchange Server you can find here:

As always we recommend do not install new Rollups in production environment, you should test it first in LAB.

For a list of changes that are included in this update rollup, see: